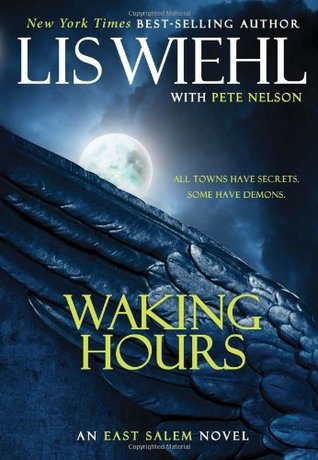 All towns have secrets. Some have demons. Welcome to East Salem. A deceptively sleepy town where ancient supernatural forces are being awakened.

A local high-school girl is found murdered in a park amid horse farms and wealthy homes of northern Westchester County, New York. The shocking manner of her death confounds the town and intrigues forensic psychiatrist Dani Harris, who is determined to unravel the mystery. All the suspects are teenagers who were at a party with the girl — yet none remembers what happened. Could one of them be a vicious killer? Or is something more sinister afoot — something tied to an ancient evil?

But it’s not just her waking hours that challenge Dani. Each night, her eyes open at 2:13 due to troubling dreams. Dreams filled with blood, water, and destruction. Is it a clue — or a supernatural sign? Across town, former NFL linebacker Tommy Gunderson finds his state-of-the-art security system has been breached by an elderly woman. Mumbling threats in Latin, she attacks him with an uncanny, preternatural strength. Before he has time to process the attack, someone close to him is implicated in the girl’s murder at the park. He agrees to help — and finds himself working with Dani, the only girl who could resist his charms years ago when they were in high school.

A heavy darkness is spreading. Yet a heavenly force is also at work. It will take astute analysis and forensic skills to solve the crime. But Dani and Tommy suspect there’s more the the mystery than murder, more to their growing friendship than chance… and more to the evil they’re facing than a mere human killer.