Secessionists in the USA - Lis Wiehl
Skip to content 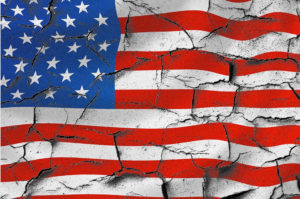 The third entry in my Erica Sparks Newsmakers series, The Separatists, is coming in late June. The novel is about North Dakota attempting to secede from the United States. Sound farfetched? Think again. In the spring of 2016, 22 local Republican conventions in Texas expressed their support for a statewide referendum on whether or not Texas should leave the union. The powers-that-be in the party struck the resolution from the convention agenda but it was still an impressive showing… and perhaps a harbinger of things to come. After all, Texas seceded from Mexico in 1835 and formed an independent republic. It was poorly governed and had a struggling economy and was annexed by the U.S. 1845. But the precedent was set and secession sentiment in Texas seems to be alive and well 175 years later.

And then, of course, there’s the small matter of the Civil War, which was started by the North after 11 pro-slavery Southern states seceded and formed the Confederate States of America. The North may have won the war but its consequences continue to play out in our national politics, with the South being the most conservative region on the country.

Indeed, threats to secede from the United States are woven into our country’s history. Partisans have long argued that secession should be a constitutional right. The courts have disagreed and in 1869, in Texas v. White, the Supreme Court ruled unilateral secession unconstitutional. But that hasn’t stopped anyone.

During the Obama presidency secession movements thrived from New Hampshire to Alaska; hatred of the federal government being their prime driver. With Trump’s election, the secession fervor in the nation has moved from the right to the left. Cascadia, a wished-for nation made up of Oregon, Washington and British Columbia, has many thousands of supporters, as does Calexit, a secessionist movement in California.

Why did I choose North Dakota as the epicenter of my imaginary secession? Because it’s one of the wealthiest states in the union at the moment, home to vast reserves of natural gas and oil, and it sends far more money per-capita to Washington than it receives back. This seemed like fertile territory for an anti-government movement.

Erica Sparks goes out to North Dakota to report on the movement. Upon arriving in Bismarck, she receives a desperate phone call from a woman who claims to have ominous information on the leaders of the movement. Erica goes to meet the woman and finds her brutally murdered, her throat cut from ear to ear. As she searches for the murderer, Erica is drawn deeper and deeper into a sick web — and into the twisted minds of a couple of fascinating if chilling villains. I don’t want to give anything away, but the stakes in this book are very high. For Erica — and for our nation.

I hope you’ll join Erica for this chilling ride. I’m curious as to what you make of secessionist movements. Do you believe a state should able to unilaterally leave the union? Why do you think secession passions have cooled since Trump’s election? Would you favor your state leaving the union? If so, why?

I’m very excited about The Separatists. I hope you’ll read it, enjoy it, and then join our discussion.